Larry Hickman’s Dewey Lecture, titled “What Can We Teach When We Teach (about) Religion”

The John Dewey Society Annual Meeting will be held at the American Educational Research Association Meeting in Chicago, Illinois on Thursday, April 16  through Monday, April 20, 2015.

The JDS Symposium: The Legacy of Maxine Greene: Critical Engagements with her Philosophy of Democratic Education. 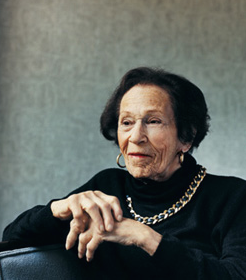 The Legacy of Maxine Greene: Critical Engagements with her Philosophy of Democratic Education

Maxine Greene (1917-2014) was one of the most prominent and profoundly educative philosophers of education of our time. A long-time member, her book Dialectic of Freedom originated from her 1988 John Dewey Lecture.  The Society wishes to respectfully mark her passing with a scholarly examination of her philosophy of democratic education.  Rather than the relatively straightforward task of heaping praise upon her work, this panel actively seeks to make critical tribute, to keep searching for the imaginative possibilities that lie in Greene’s philosophical writings related to democracy and democratic education.

As a progressive thinker and educator, Greene worked across multiple traditions within philosophy of education —existentialism, phenomenology, pragmatism— and within philosophical subfields such as aesthetics, epistemology, as well as political and moral philosophy.  Across these multiple traditions and fields, she imaginatively and courageously created a body of work that, like John Dewey’s, used philosophical tools to interrogate the greatest questions and educational dilemmas of her era.

Details about Symposium:
This symposium collects a set of scholars to interrogate the implications of Greene’s scholarship for the field. The authors take up themes that examine Greene’s work in light of the perennial philosophical questions surrounding democratic education, critically engaging and extending her work towards key educational challenges and issues of today.

John Dewey Lecture: “What We Can Teach When We Teach (about) Religion” 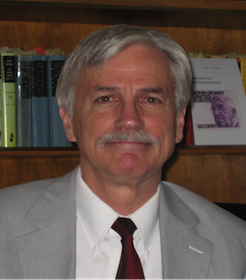 The John Dewey Lecture will be provided by Dr. Larry A. Hickman.  Dr. Hickman is the Director of the Center for Dewey Studies, and he is a professor of philosophy at Southern Illinois University.

His work as an ambassador for the Center has contributed to the global renaissance of Dewey studies. A graduate of the University of Texas at Austin, he has published influential studies on Dewey’s philosophy of technology.

Accomplishments during 15 years as director include 180 external presentations on behalf of the Center in the United States and 18 foreign countries and two book-length monographs, 10 edited volumes, and 80 essays (published in 9 languages).

Past President’s Panel: Looking Forward to the Democracy and Education Centennial

The School and Society Forum invite JDS members and friends into the community to learn from and within local communities. This year’s Forum brings us into conversation with parent activists from Chicago-area organizations, including Raise Your Hand and More than a Score, who will be offering a panel and discussions about their work for JDS members and friends. These organizations advocate on behalf of children in Chicago Public Schools (CPS) for more funding, saner assessments, and more.